This week’s look is inspired by Jennifer Lawrence’s gorgeous makeup look at the Oscars after-party. There were tons of dazzling beauty looks at the 2016 Academy Awards, but she really stood out for me! The beautiful Lawrence opted for dewy, bronzed skin with a classic smoky eye which gave her a much edgier vibe than her previous, simpler and natural look at the Awards.

Eyes
I recreated the look using Makeup Geek eye shadows. I used Stealth and Concrete Jungle in the crease and blended them out higher than the crease. This made it easier for me to blend the black eye shadow. Never try to make a smoky eye without using a transition shade as it would be very hard to create that gradient effect.
For the black eye shadow I packed on the shade Corrupt, also from Makeup Geek. The most important tip for creating a smoky eye is to never pack on the black shade any higher than the crease! Pack on the black shade little by little and blend in between to get the best results.
This of course depends on your eye shape; Jennifer Lawrence has hooded eyes so her makeup artist had to adjust her smoky eye look according to the shape of her eyes. If you have hooded eyes, you should apply black eye shadow slightly higher than the crease, to give the effect of a new crease, as opposed to how I did it. Her eye shadow was also slightly winged to elongate her eyes.
Then for the lashes I used the Maybelline Lash Sensational Mascara. Lawrence’s brows were not defined whatsoever, so I lightly filled them in using the Anastasia Beverly Hills Brow Wiz in the shade Taupe. 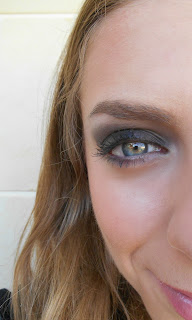 Face
Whenever I opt for a bold eye look, I apply the foundation afterwards to avoid the fallout going onto my face ruining my foundation. I used the Makeup Forever HD Foundation and the Maybelline Fit me concealer for the highlighter. I applied the Rimmel Stay Matt Powder only on the areas where I had previously applied the concealer so it would not crease. To finish off, I bronzed my face using the Ruth Taylor Colorete Blush for a sun-kissed, glowing look. 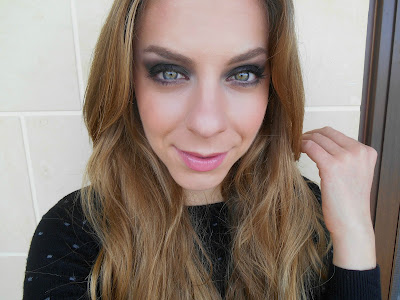 Lips
For the lips I simply went in with the NYX butter gloss in the shade Maple Blondie, which is my personal favourite at the moment for a simple but stunning look!

I absolutely loved recreating this look; hope you enjoyed it as much as I do! :)
If you would like to follow up on my next blog-post hit the follow button! 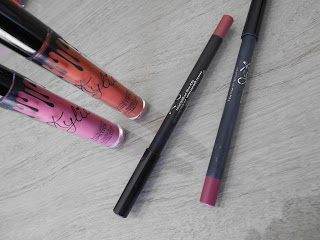